Today’s Throwback Thursday sees us going back to the days of D’Banj and Don Jazzy’s magical collaborations (an explosive era of back to back hit songs). From their ever blazing records we bring forth this Banger! titled “Mr Endowed”.

“Mr Endowed” a pop tune delivered by D’Banj , produced and spiced by Don Jazzy rocked Airplays, music charts, clubs, lounges and parties from during 2009/10/11 before the release of it Remix which had Snoop Dogg. This original track earned D’banj and Don Jazzy more recognition at the international scene. D’banj earned himself; Artist of the Year award at the MTV Africa Music Awards in 2009 and also Best International Act: Africa at the 2011 BET Awards during this peak.

Listen to the evergreen hot jam..

The image below was an introduction of Koko master to the world, a picture from the song’s music video which most of us fell in love with then and can never forget. 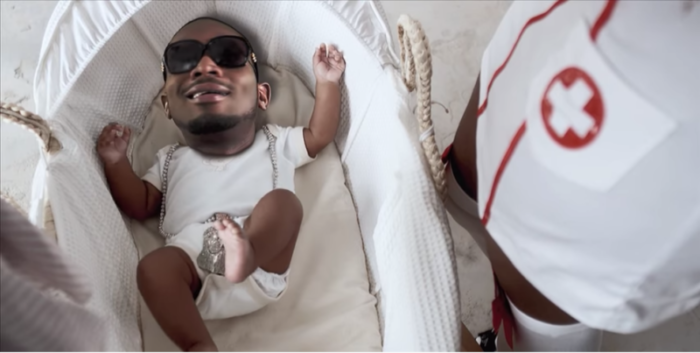 We brought back this masterpiece and memories to celebrate the Kokomaster who turned 40 on Tuesday, 9th June 2020. D’banj born Oladapo Daniel Oyebanjo is a huge force, a big Fish (Eja Nla) in our music industry. He was part of the pioneers that took our pop sound to the international scene with his Hit songs all produced by Don Jazzy. He also shaped the Nigerian music industry to what we have today with his swag, vocals, hype words (self praises), charisma and Energetic performances.

During his IG Live birthday celebration, Don Jazzy popped in and both shared lovely moments. To celebrate this living legendary music duo we present to you all one of their best hit music video- ‘Mr Endowed‘… Watch and Enjoy below

Please input your email address. That email is already subscribed. Your address has been added.