5 years of advice, inspiration and resources for musicians navigating the new music industry delivered right to your inbox.
‎Making a mark in the Nigerian industry is a gamble that is yet to pay off for both old school and new generation artistes but there’s one, it seems, who already knows that the industry is his to rule. 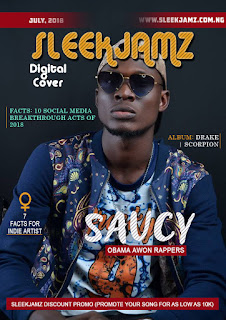 It’s a regular saturday‎ afternoon and we decided to hit up our artist(Saucy) for the regular interview to cover our Monthly Magazine.
‎For those of you who don’t really know who Saucy is, well I guess you are about to find out
Sleek Jamz: PLEASE START BY INTRODUCING YOURSELF
Saucy: My real name is Samuel Olumide Obayomi‎ By stage name (Saucy) ‎
I’m a student of Ibrahim Badamasi Babangida University Lapai, Niger state
I hail from kabba bunnu LGEA of Kogi state i was giving birth to in the month of October, Date 23 in the 90’s *Smiles
I am a Rapper/Singer, Tall, dark in complexion
I really love football and i love music..
Iam the definition of music because I’ve found it hard to define music but when i see my self i see music.
Sleek Jamz : OK
Sleek Jamz: IN MOST OF YOUR SONGS I HEAR THIS PARTICULAR ADLIBS OBAMA AWON RAPPERS WHY?‎
Saucy: As we all know OBAMA was the president of USA and USA holds the world power so in relation to my music
I refer to my self as the president of all rappers
In yoruba Obama Awon Rappers
Sleek Jamz: ACCORDING TO URBANDICTIONARY SAUCY IS DEFINED AS sexually suggestive in a light-hearted and humorous way. SERIOUSLY WE WOULD LIKE TO KNOW HOW YOU CAME ABOUT THE NAME SAUCY AND WHY YOU PREFER SAUCY AS YOUR STAGE NAME
Saucy: Uhmmmmm
Hahahaha
Well saucy to me means
Adding flavour to something And as we know sauce means a liquid or semi-liquid substance served with food to add moistness and flavour. So saucy means adding extra melody and sauce to my sound, thats why when i get featured on a track i always introduce my self as Obama Awon Rappers
Before saying saucy jawonsi jawonsi
I know u will be wondering what jawonsi means
Lol its a yoruba word which means let them know.. 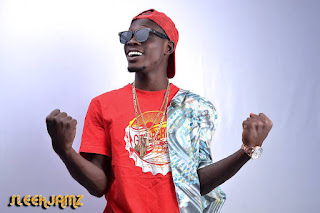 Sleek Jamz: TALKING ABOUT SOUND,WHAT KIND OF MUSIC DO YOU DO
Saucy: Well ‎I started with hip hop but now the industry has changed and i can fit into any kind of sound
But i havent tried juju, apkala and fuji but i know i will do well if i should get featured in it hahahha
Sleek Jamz: TAKE US THROUGH YOUR MUSIC, WHAT ARE THE INSPIRATIONS BEHIND IT
Saucy: Uhmm
I get inspired by things around and what ever circumstance i see my self in.
I have been working on a project and in dew time my fans all around will get to hear from me.
Basically my day to day activities inspires me and with time i believe i will move to a better environment were i can get inspired widely so that my music and the message it carries will be widely accepted more than the way it is at the moment
Sleek Jamz: TALKING ABOUT FANS
IF YOU WERE GIVING AN OPPORTUNITY TO MAKE GOOD MUSIC TO PLEASE YOUR FANS WHO WOULD YOU FEATURE BOTH LOCAL AND INTERNATIONAL
Saucy: Locally i will say Olamide because that dude is really doing well for him self and the fans are really happy with him
Another person i will love to work with is wizkid that guy is something else he is so dope..
Talking about internationally it has to be a female and thats when we will be talking about Rihanna, cardi B and nicki Minaj among all and if it has to be a guy definitely i wouldnt say i dont love chris brown this guy have the energy, melody and vibez..
Sleek Jamz: WHAT MOMENT MADE YOU CHOOSE MUSIC AS THE WAY FORWARD
Saucy: I fell in love with music when i was 14 and since then music has been my food i wake and sleep with music because music is life.. But i started taking music serious in the year 2011 and since then the name saucy has been gaining more attention just like the voice of the street 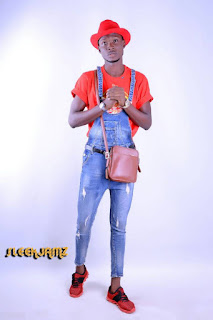 Sleek Jamz: ARE YOU SIGNED TO ANY RECORD LABEL
Saucy: No.. Not yet
Hopefully soon i believe.. Because i have been working so hard and tired less
When my time reach God go surely bring the person wey go sign me
And i believe say the time don close we have been paying our dews
Sleek Jamz: WHATS UR TAKE ABOUT NUMEROUS RECORD LABELS POPPING UP EVERY DAY IN THE NIGERIAN INDUSTRY
Saucy: Its good and i think its a better way to discover new talent and show case them to the world its a business and it will really help artist and even the label and i think am happy with such development and what matters most is the promotion and much money to help build the artist
Sleek Jamz: ACCORDING TO NOBLE IGWE HE CLAIMS THAT MOST RECORD LABELS ARE FUNDED BY YAHOO BOYSWHATS YOUR TAKE ON THAT
Saucy: I think he is right but were the money they for Nigeria? U need money to push a label which shows that u need money to make money this yahoo boys get the money let them spend it at least to help showcase someone’s talent to the world because so many talent are hidden 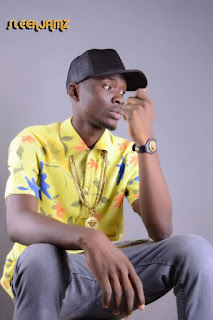 Sleek Jamz: IS THERE ANY SONG YOU RELEASED MAKING WAVE U NEVER EXPECTED
Saucy: Yes
Manymen
That song really pushed me out and i was very happy about the outcome i expect more
Sleek Jamz: SO IS THERE ANY PROJECT TO EXPECT FROM SAUCY ANYTIME SOON
Saucy: Yes
Lyrical miracle Tha EP, But i think some couple of singles has to go down first
I av alot in stock for my fans And they are coming out real soon
Sleek Jamz: WHERE IS THE BEST PLACE YOUR FANS CAN CONNECT WITH YOU
Saucy: On instagram, twitter and Facebook
My handle/username
Is
@emini_saucy

Please input your email address. That email is already subscribed. Your address has been added.